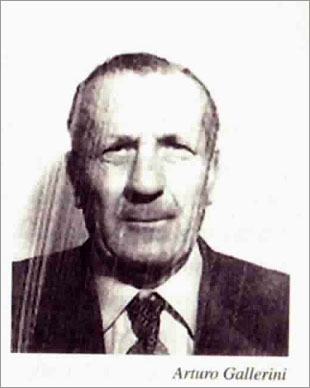 The biggest truffle in the world:San Miniato is the town where the world's largest truffle ever was found by the legendary truffle hunter Arturo Gallerini and his dog Parigi in 1954. It weighed 2520 grams (5.56 pounds) and was given as a gift to the 34th President of the United States of America Dwight D. Esienhower.

Today, it would be very difficult to determine the selling price of so big a truffle. That is why, in most cases, "Guinness World Record" truffles are auctioned off and the proceeds are donated to charities. 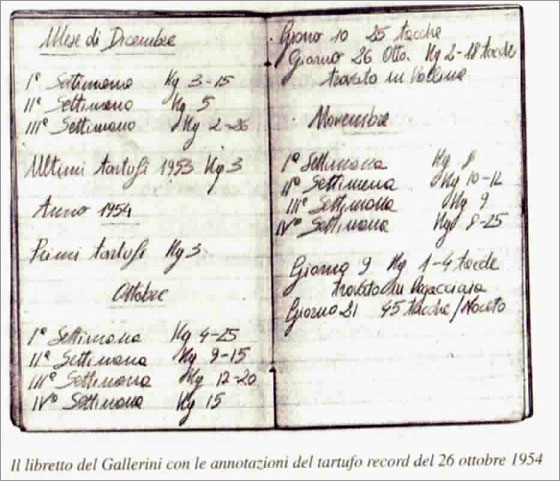 The history of truffle hunting has always been a mix between true stories and legends, to the extent that still today the details of the night when the world's largest truffle record was established are shrouded in mystery. The truffle hunter ("Tartufaio" in Italian) with a capital T is described to local children not only as a "legendary man", respectful of traditions, colleagues and nature, but also as a "big liar" careful not to disclose the ticks of the trade! As a matter of fact the only document we have about "that" night was written by Father Luciano Marrucci, a local priest who knew our "tartufaio" well enough to be able to describe that time when Arturo Gallerini went back home with his "big diamond". 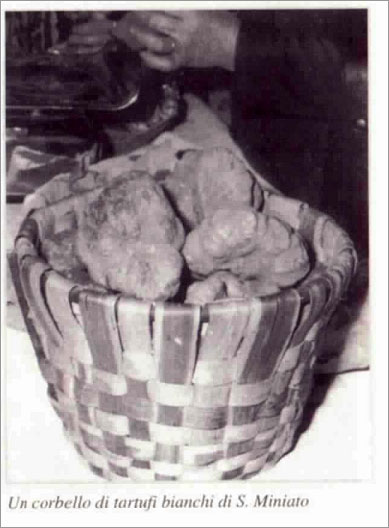 Arturo Gallerini, called “Bego”, as a truffle hunter, was not very fond of looking for truffles far from places known to him. There were people who, during the hunting period, extended their walks as far as to Granaiolo or who walked to the area of Volterra and stayed in the house of some farmer from Monday to Saturday. Gallerini was convinced that the land where he lived was the most “generous” and if they kept neglecting it, it had begun to become bad and would stop producing.

“This land produces, and it produces a lot and good!” In his notebook with the black cover and the red edge, we still find the names of places still known by any truffle hunter of the area: Pinocchieto, Piaggine, Doccia, Cambiati, Broto a Rosa, Rogacciaia, Macchiafonte, Vallina, Noceto and Vermana. He kept insisting to his friends and people who knew him, hoping that they would believe him, that he went to look for truffles mostly during the day, “a barluzzo” (typical Toscan word to say first hours of the day)… but he was a night owl! That’s what everybody said! He added to his stories that he found many truffles, maybe hoping to give the impression of a liar, just like every true truffle man would do. But that it was the reality of facts, because if we have a look on his notebook lines where he kept a record of the weight of the truffles he found, we will discover that during the high season he collected 14 or 15 kilos per month!!!

At the time, someone called Marabotti had just arrived in Balconevisi; he was a priest, proposto, who could combine the doctrine and common sense, and everybody listened to him. If there was a person to whom Bego did not tell lies to that was him. One day Bego asked: “How is it possible, Father Proposto, that everyone can go and pick truffles from someone else’s land ?” Father replied: “Res abscondita primi intervenientis!”; that’s pure latin which means: “Something hidden belongs to he who finds it first!” That is the same reason for which a hidden treasure belongs to he finds it first; then, he added something that made him shiver: “you see, Bego… truffles are not something cultivated, they are not a fruit of the land! It’s like birth of the land!”.

This comparison convinced him because a truffe hunter’s job is a bit similar a midwife because it requires a lot of care and skill to dig out the truffle from the ground.

That night, it was the night of October 1954, Arturo Gallerini, called Bego, come backto his home, which was located in Saccuccio of Balconevisi to weigh out of curiosity that thing which was really as big as a baby’s head. After shutting the main door, he put his hemp sack on the table. He lit one of those candles that the Proposto gave him as leftovers from the mass; those candles did not fill the room with smoke like others bought from the shop. In that trembling light, the brass scales had a golden glow. As he removed it from the wall the rings gave him their usual happy music. Parigi, his mestizo dog, started going around the table as usual: that was his way of participating in the weighing process. He put the truffle on the plate of the scales and pulled the ring up; he had not calculated well the number of the pieces because the indicator of the scales flew on the bar and returned to zero, the bar jumped into the air and the weighing plate on which the truffle was, moved towards the table; “Slowly Bego, Slowly! This is a champion truffle!”.

Holding his excitement, he regained all the calm he needed to put the indicator back in the correct position. The truffle weighed two kilos and eighteen pieces! Bego wrote it in his black notebook with the red edge which he still found his daughter’s house.

He made a note: Found in Vallina!

The scales brass which weighed with grams and pieces and the bar still exists. Hereby we have reported what was written in this sort of diary of this truffle hunter of Balconevisi. The rest must to remain secret because in those days as well, the truffle hunter’s image also played a big role on his commerce. The Morra family from Alba know something about that. By bringing the truffle to the well known city of San Miniato, they brought prestige to their place, but, being honest and true merchandises, they were also willing to pay, apart from the price of the truffle, also to keep it secret!

The fact that the truffle weighed over two kilos, given by the city of Alba to the President of the United States of America Dwight Eisenhower, here in San Miniato has never been a mystery, but a well kept secret!

Now, after the discovery of Arturo Gallerini’s notebook it is not a secret anymore: it is a little story buried from the humid sands of this magic land, just like a truffle.